It all got started in Germany.
With hate the Nazis got tough.
We Jews were placed in jeopardy.
That should have been enough!

At first the Jewish economy,
with a legislative shove,
was strangled without ceremony.
That should have been enough!

Out with our government leaders,
With teachers they got rough.
Ignored by world-wide readers.
That should have been enough!

They singled out our writers.
“Get rid of that Jewish stuff!”
Our books they burned with their lighters.
That should have been enough!

On Crystal Night they wrecked our homes
Our synagogues were snuffed
They beat us, jailed us; broke our bones.
That surely was enough!

Then war – escape was ended.
But their plans got fired up.
A ‘Final Solution’ was rendered.
That surely was enough!

They drove us into the ghettos.
They made us a wretched lot.
Hardly a bread or potatoes
It surely was enough!

The trains then started moving,
To concentration camps.
Where life and death decisions,
Were made on the railroad ramps.

With gas, where we thought there were showers,
Like chickens are killed in a pen.
Surrounded by wire and towers;
Our children, our women, our men.

Where were you God? What was your part?
Why were ‘The Chosen’ – us?
Towards what end, we ask you Lord
Were six million souls enough?

Frank Cohn was born in August 1925, as a single child, to a well-to-do middle class German Jewish couple. His father owned a sporting goods store which was picketed by Nazi storm troopers right after Hitler gained power in Germany. His father sold the store as quickly as possible, since it looked like a losing proposition to retain the store under such circumstances. By 1938 the family started to run out of money and the father, with a Visitor’s Visa visited the States to find distant relatives to secure an affidavit to emigrate to the United States. While he was on this trip, two Gestapo Agents came to the apartment door looking for him and a couple of days later a ‘British’ lady showed up with an official document which instructed to provide her with a bedroom in the apartment; she was obviously a Gestapo informant. His mother now secured a Visitor’s Visa to flee to the US and then bribed a US Consulate official to include Frank in the visa. With prior 1 st Class passage and hotel arrangements and only one suitcase and 10 Marks each, they snuck out of the apartment at 0500 in the morning and got on a train to Berlin to say good-bye to Frank’s grandfather and aunt and then were off to Holland to catch the steamer Statendam for New York. On arrival, 1 st class passengers were invited to exit straight unto the dock, without going to Ellis Island where it might be discovered that Frank’s father was already in country and thus, as refugees, they might be refused entry and be forced to return to Germany. They had arrived in New York on the 30 th October 1938. On 9 th of November 1938 the Crystal Night Progrom caused President Roosevelt to issue an Executive Order allowing German refugees to stay in-country. The family was saved. One month after Frank’s 18 th birthday, he was drafted into the US Army. He spent about 3 months in the Reception Center at Fort Dix, NJ while the FBI investigated him, since technically he was an enemy alien. During his subsequent Basic Training, at Fort Benning, GA, he was taken one day to the Middle District Court in Columbus, Georgia and sworn-in as a US citizen. He later was transferred to Fort Jackson, SC to join the 87 th Infantry Division. He sustained white phosphorous burns during a training exercise and after a one-month hospitalization, in September 1944, he was shipped out as an Infantry Replacement to Europe. At the end of the replacement stream in Belgium, it was discovered that he was a German linguist and shipped back to Les Vesinet neat Paris for Intelligence training. Thereafter, as an Intelligence Agent, he was placed into a 6-men IPW team attached to the Intelligence Unit T-Force, 12 th Army Group and moved back to Belgium. A week later the Battle of the Bulge started and the team was committed to search for Germans, who had penetrated US defense lines, wearing US uniforms and travelling in US jeeps. After the Bulge, the unit followed the Infantry into the big cities, as soon as they were captured, where they pursued assessments of Building Targets (anything useful in the Occupation) and the apprehension of Personality Targets (Persons suspected of war crimes). The cities involved were Cologne, Duesseldorf, Siegen, Frankfurt, Wiesbaden, Kassel and Magdeburg where they met the Russians, just before the war ended. During the Occupation, Frank was involved with sending documents back to the States, with the help of a squad of German POW’s, in support of the prosecution of war criminals. He also acted as Sergeant of the Guard, to secure the outer perimeter of confined war criminals, later tried in the 2 nd Nuremberg trial. He was discharged from active duty in the rank of Staff Sergeant, in May 1946. Frank stayed in the Army Reserve while completing his College education at CCNY in New York and accepted a Regular Army commission upon graduation. He spent a total of 35 years in military service and retired in the rank of Colonel, in November 1978. During his service he received a Masters Degree in Police Administration. He was awarded the Legion of Merit with one Oak Leaf Cluster, the Bronze Star and Theater Ribbons for the European Theater with 3 Battle Stars and the Vietnam Theater with 4 Battle Stars, as well as foreign decorations from Korea, Vietnam, France, Russia and, ironically, also with a high decoration from Germany. After military retirement, he worked for another 14 years in the Administration of the University of Maryland. Frank married Pauline H. Brimberg in November 1948, and in 1964, they had one daughter named Laura Ellen. Paula died in May 2021, after 72 years of marriage. Frank currently continues as a volunteer, speaking of his Holocaust experiences, to school, military and various other groups, under the auspices of the US Holocaust Memorial Museum. 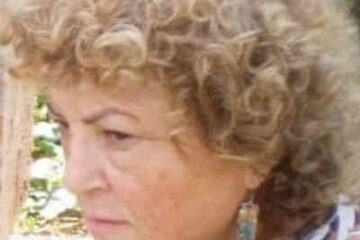