On Sunday, 25 February, 2018 ~ Yod Adar, 5778, the Lindberg Peace Foundation held a memorial evening in the honor of Professor Gustawa Stendig-Lindberg ~ also known as Professor Magnesium to celebrate her rich life. (1926-2008)

Theere was a slide show and a reading of her poems, music interludes and sharing about her work during her 80 plus years on this planet. Magnesium filled treats were served.

Professor Gustawa Stendig-Lindberg survived the WWII by the support of my Grand Mother and her stories & teaching of Mathematics and English during the horror of the worst hours in the concentration camps.

When she was liberated, she was hungry to study and learn, to help our ailing world. Later she become a Physician, Scientist & Psychiatrist and a Researcher in Magnesium.
Therefore also nicknamed ‘Professor Magnesium’.

In this post war picture above you can see Professor Gustawa Stendig-Lindberg Joyous and Happy, as she survived hell upon earth, and wanted to celebrate life again.

Still one of her ways to process and deal with the tragedy and pain of the war, was drawings and poetry, which will be shown and read that evening.

At the event a very special woman who is also a Holocaust survivor, Rena Quint was present.
As a child, Rena was also in Bergen-Belzen, like Professor Gustawa Stendig-Lindberg and her mother Gutka & Grand Mother Felicia Stendigowa. She shared about her book “A Daughter of Many Mothers” and how 6 different Mothers saved her in the camps. 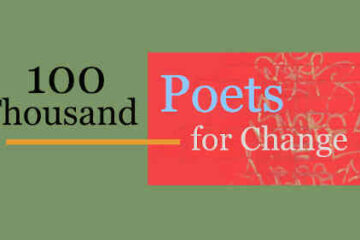 For Miriam Felicia Lindberg’s 40th Yorzeit on Friday, 16 October, Family & Friends gathered at the Modiin Memorial Forest where 1000 trees are planted in her memory. A KKL representative talked about the forests and Read more…

The Lindberg Peace Foundation, will hosted a special Poetry, Art & Music for the public to enjoy, on Thursday, October 15, 2015, at the Tulip Center in Jerusalem. This annual event focused on Miriam Felicia Read more… 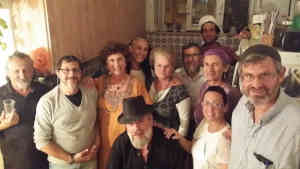 On Thursday, October 15, 2015, in Jerusalem, We held our 40th Memorial Happening, for Miriam Felicia Lindberg, blessed her soul. As is done each year, the Lindberg Peace Foundation, hosts Poetry, Art & Music for Read more…